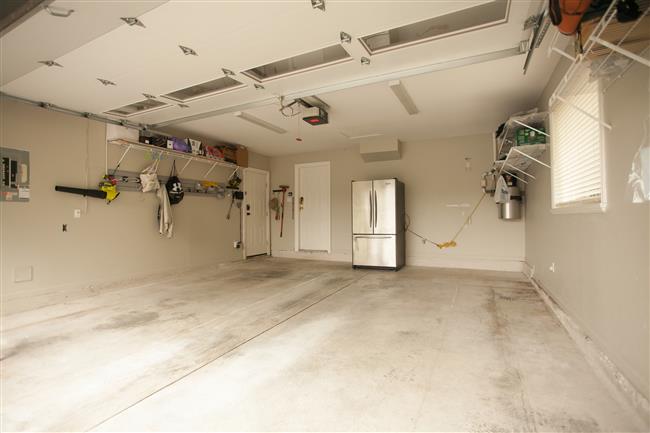 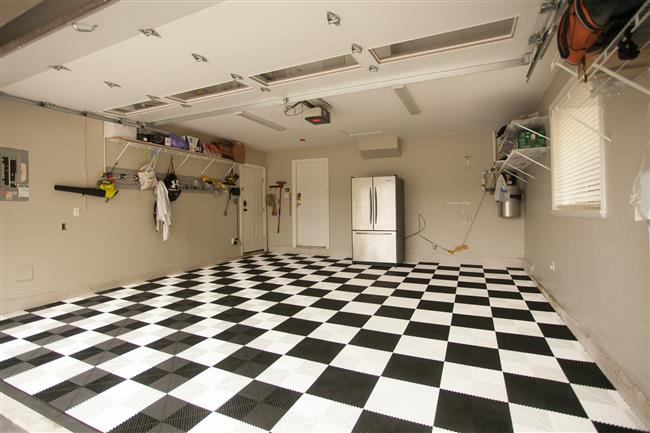 The homeowner had heard about the superior garage flooring that we offer and inquired to see what we could do for his garage floor.

Originally, the flooring he had been using in the garage was a dark grey rubber matting with a diamond plate design. The original matting is not shown in the before photo as it had already been removed before we arrived. This rubber matting comes in rolls that are just under 8 feet wide and so there were gaps/seams in the flooring where dirt and moisture would collect. When entering and exiting the garage, turning the car’s tires would cause the rubber matting to wrinkle and warp, leaving a lumpy uneven surface. The dark grey color also left the garage feeling dark and cold.

The homeowner was attracted to Swisstrax flooring because of the seamless custom fit over the entire garage floor surface, the commercial-grade durability of the tiles, and the attractive patterns and colors available that could brighten up the garage. He wanted a design that would bring a lot of contrast and really liven up the feel of the garage. He loved the checkered pattern and was certain it would do the job.

Once the design and order was finalized, the tiles were delivered and installed a couple days later.

See the interactive 360 degree panorama below.  Just click and drag to look around.